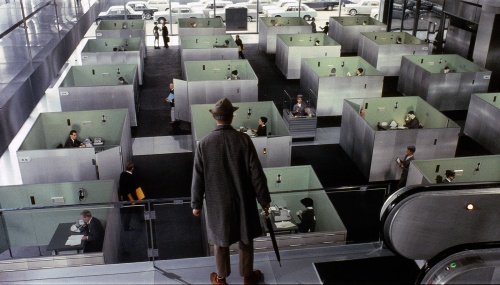 We’ve seen “My Uncle” (1958) and “Mr. Hulot’s Holiday” (1953). Looking forward to “Play Time”(1967), the celebrated Jacques Tati directs and stars in this brilliantly eccentric ode to humanity. Tati plays Monsieur Hulot, a Parisian who’s befuddled by the changes he witnesses in his beloved city, which has grown increasingly touristy. As Hulot roams the uncomfortably modern Paris with a group of American tourists, his story epitomizes the struggle of modern man to maintain a soul in the face of an impersonal world.