We thought it would be opportune to show this highly acclaimed film on Halloween…It was  waiting for the right night to be viewed and discussed …”Wild tales” (Relatos Salvajes)  is a 2014 Argentine black comedy anthology film composed of six standalone shorts, all written and directed by Damián Szifron, united by a common theme of violence and vengeance  in  surreal situations that are played with gusto by culturally incorrect characters…

It stars an ensemble cast consisting of Ricardo Darín, Oscar Martínez, Leonardo Sbaraglia, Érica Rivas, Rita Cortese, Julieta Zylberberg, and Darío Grandinetti, and was co-produced by Agustín Almodóvar and Pedro Almodóvar. The film’s musical score was composed by Gustavo Santaolalla. It was nominated for the Best Foreign Language Film at the 87th Academy Awards, won the Best Film Not in the English Language at the 69th British Academy Film Awards, and also won the Best Ibero-American Film at the 2nd Platino Awards.

YES !!! Yes…They went that way…and they are coming back soon …yes…in the meantime>>The Cinematiki will be dark on Monday 9/26/16 and also on Monday October 3rd. 2016…see you sOOn…relaX…d 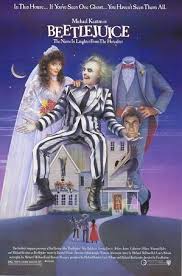 João de Deus is the manager of an ice-cream shop owned by an ex-prostitute, Paraíso dos Gelados (Ice-Cream Paradise). Through a unmoved desire of perfection, he seeks, through cleansing and purity to attain heaven. The surrounding world, however, does not comply with his decaying vision of lust and decay as a way of achieving his purpose.
Dryly comic, disturbing and deservedly honored with the Venice Film Festival’s Silver Lion when it was released, God’s Comedy is one of the most flagrantly perverse films you’re likely to see.