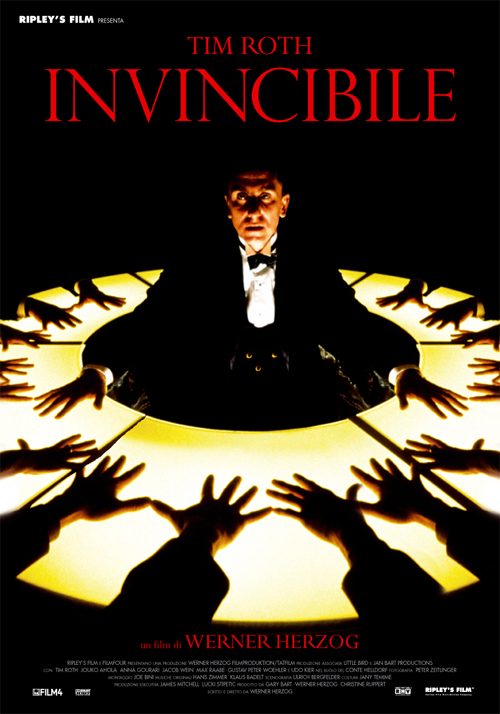 Werner Herzog’s “Invincible” tells the true story of a Jewish strongman in Nazi Germany. Keeping with last week’s cast, the sinister portrayal of Erik Jan Hanussen is played wonderfully by Tim Roth (The Legend of 1900). Written and Directed by Herzog, it has the power of a great silent film, unafraid of grand gestures and moral absolutes. Tim Roth poses as a man with real psychic powers, ruthless in using trickery and showmanship to jockey for position in the emerging Nazi majority. The strongman, played by Finnish athlete Jouko Ahola, is an actual twice winner of the title World’s Strongest Man, and provides an uncanny appeal in contrast to Roth. Set in 1932 in the last days of Weimar Berlin, this extraordinary tale provides a captivating story of strength and deception.