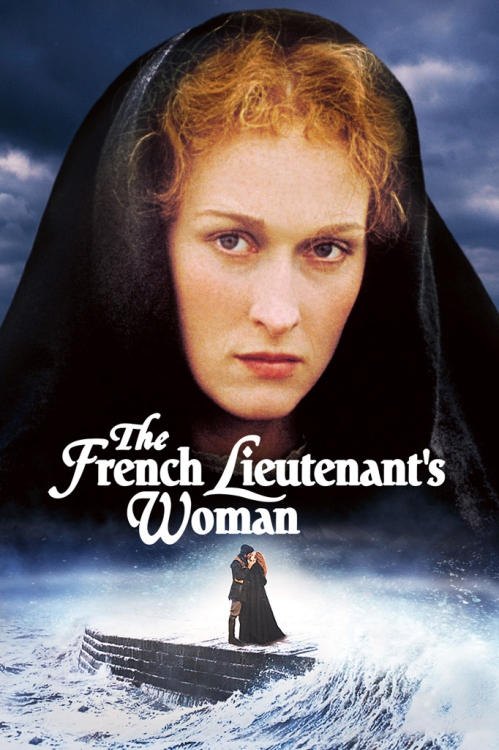 The French Lieutenant’s Woman is a 1969 postmodern historical fiction novel by John Fowles. It was his third published novel, after The Collector (1963) and The Magus (1965). The novel explores the fraught relationship of gentleman and amateur naturalist Charles Smithson and Sarah Woodruff, the former governess and independent woman with whom he falls in love. The novel builds on Fowles’ authority in Victorian literature, both following and critiquing many of the conventions of period novels.[1]Following popular success, the novel created a larger legacy: the novel has had numerous responses by academics and other writers, such as A.S. Byatt, and through adaptation as film and dramatic play. In 1981, the novel was adapted as a film of the same name with script by the playwright Harold Pinter, directed by Karel Reisz and starring Meryl Streep and Jeremy Irons. The film received considerable critical acclaim and awards, including several BAFTAs and Golden Globes. The novel was also adapted and produced as a British play in 2006.

A film is being made of a story, set in 19th century England, about Charles, a biologist who’s engaged to be married, but who falls in love with outcast Sarah, whose melancholy makes her leave him after a short, but passionate affair. Anna and Mike, who play the characters of Sarah and Charles, go, during the shooting of the film, through a relationship that runs parallel to that of their characters.