Spanning several centuries and even more languages, “The Red Violin” is an artfully composed, intriguingly rendered tale about a particularly soulful musical instrument and its profound effect on the lives of those who cross its predestined path.

Resurfacing in an Austrian monastery circa 1792, the red violin falls into the hands of 6-year-old orphan Kasper Weiss (Christoph Koncz), a child prodigy with a weak heart. It later becomes the passed-around property of nomadic gypsies, ultimately finding its way to England in 1893, where it captures the attention of the roguish Frederick Pope (Jason Flemyng), a Byronic musician with a Mick Jagger swagger whose steamy affair with romance novelist Victoria Byrd (Greta Scacchi) will come to a torrid end. 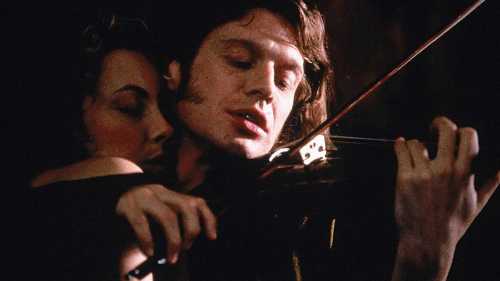