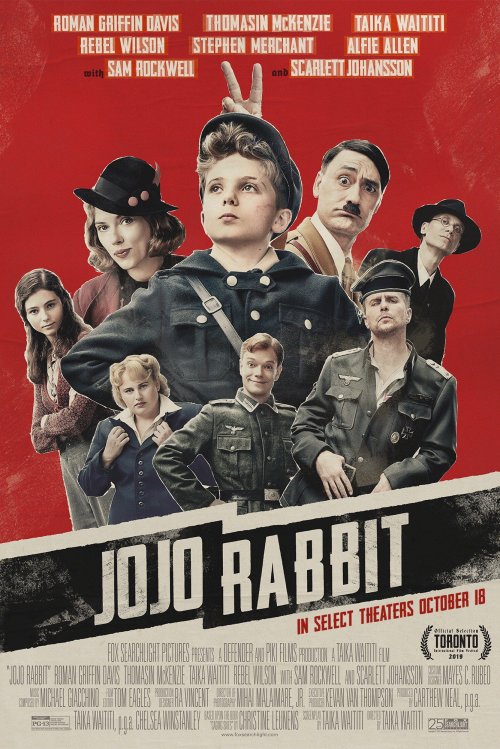 No Food or Drinks

Jojo is a lonely German boy who discovers that his single mother is hiding a Jewish girl in their attic. Aided only by his imaginary friend — Adolf Hitler — Jojo must confront his blind nationalism as World War II continues to rage on.